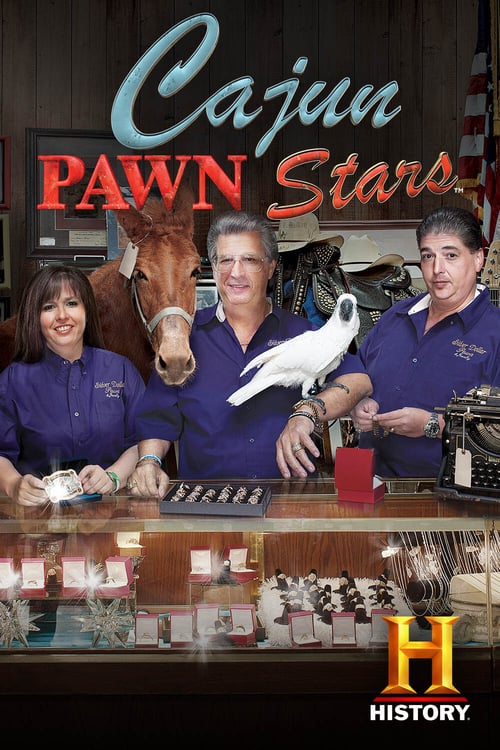 Cajun Pawn Stars is an American reality television series on the History channel that debuted January 8, 2012, at 10 pm ET. The show is the second spin-off of Pawn Stars, but unlike fellow spinoffs American Restoration and Counting Cars, it is entirely unrelated to the venue and staff of Pawn Stars. Cajun Pawn Stars revolves around another family-owned pawn shop, the Silver Dollar Pawn & Jewelry Center in Alexandria, Louisiana, which is owned by Jimmie "Big Daddy" DeRamus, who runs the store along with his wife Peggy, his brother Johnnie, and daughter Tammie. Assisting the DeRamuses are employees Tina Journet, Walt Piper, and Robby Friend; as well as the pawn shop's resident gun expert Gary Ermatinger. The shop claims to have over 100,000 items within its 20,000 square foot showroom. The show's format is similar to the original Pawn Stars, as it features an array of collectible, antique and unusual items that people sell or pawn, complemented with "pop-up" facts related to the item. Also, as with the original series, the shop sometimes consults an expert to give an appraisal/opinion on the item being sold or pawned. In addition, at the second commercial break, a trivia question is asked in relation to the shop or item, as with Pawn Stars.