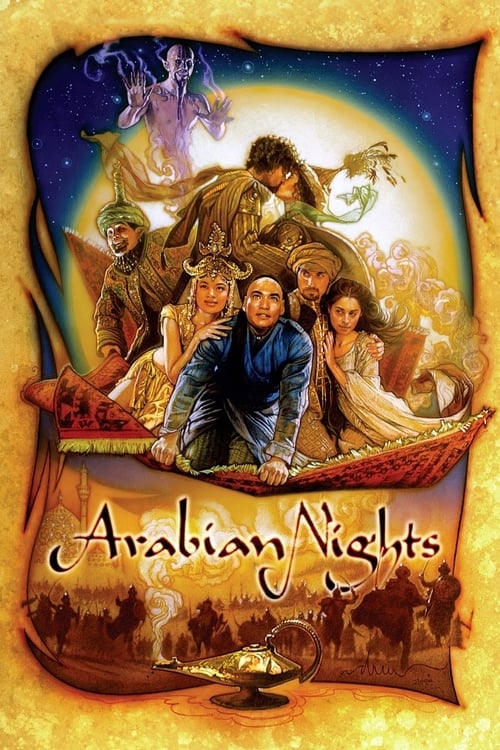 Arabian Nights is a two-part 2000 American/British miniseries, adapted by Peter Barnes from Sir Richard Francis Burton's translation of the medieval epic One Thousand and One Nights. Mili Avital and Dougray Scott star as Scheherazade and Shahryar respectively. Produced by Dyson Lovell and directed by Steve Barron, the serial was a made by Hallmark Entertainment and originally broadcast over two nights on 30 April and 1 May 2000 on BBC One in the United Kingdom and ABC in the United States. The series consists of five stories from One Thousand and One Nights, which are framed within a sixth, maintaining the traditional style of stories within stories that is synonymous with the Nights. The series cast includes Alan Bates, Rufus Sewell, Andy Serkis, James Frain, John Leguizamo, Jason Scott Lee, Vanessa-Mae, Alexei Sayle, Jim Carter, and James Callis.