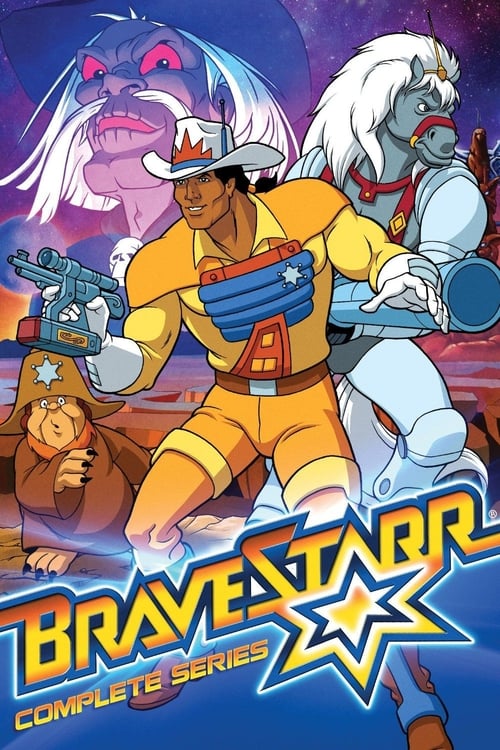 BraveStarr is an American Space Western animated television series. The original episodes aired from September 1987 to February 1988 in syndication. It was created simultaneously with a collection of action figures. BraveStarr was the last animated series produced by Filmation and Group W Productions to be broadcast. Bravo!, a spin-off series was in production along with Bugzburg when the studio closed down. Reruns of the show aired on Qubo Night Owl from 2010 to 2013, and reruns air on the Retro Television Network from 2010 to Present.