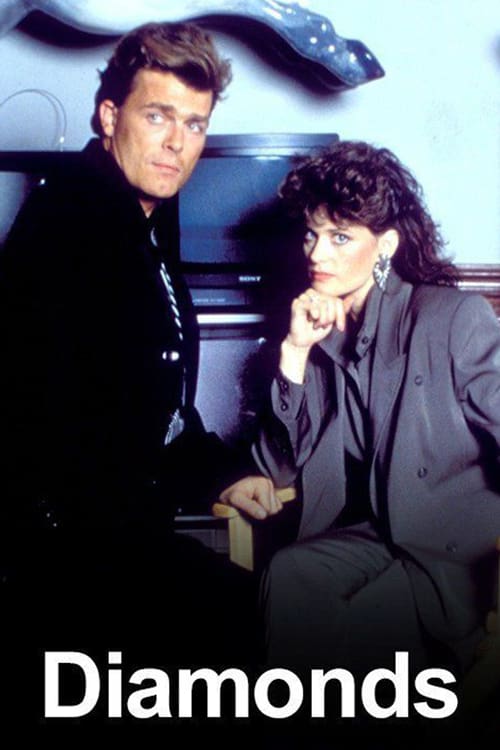 Diamonds is a Canadian television series, which aired from 1987 to 1989. The show starred Nicholas Campbell as Mike Devitt and Peggy Smithhart as Christina Towne, a divorced couple who continued to work together as private investigators. Devitt and Towne had originally met as television stars who played married private investigators on a TV series called Two of Diamonds. The show was frequently compared to the American series Moonlighting. In a direct nod to the comparison, one episode actually featured an encounter with a character who mistook Devitt and Towne for Bruce Willis and Cybill Shepherd. The cast also included Roland Magdane, Geraint Wyn Davies and Tony Rosato. Campbell was also an occasional writer for the series. The series aired on Global in Canada, and in a late night slot on CBS in the United States, as well as on the USA Network. It was one of several Canadian-produced drama series to air in the CBS Late Night block of crime dramas. Others included Adderly, Night Heat and Hot Shots.