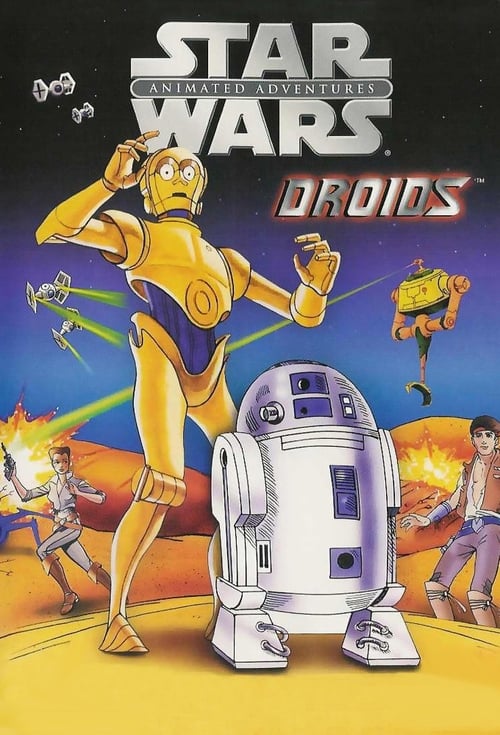 Star Wars: Droids, also known as Droids: The Adventures of R2-D2 and C-3PO, and 2004 re-released on DVD as Star Wars Animated Adventures: Droids, is an animated television series that features the exploits of R2-D2 and C-3PO, the droids who have appeared in all six Star Wars films. The series takes place between the events depicted in Star Wars Episode III: Revenge of the Sith and Star Wars Episode IV: A New Hope. Over the course of the series, the droids team up with four different sets of masters. The series is divided up into three cycles: at the beginning of each, the droids usually run into their new masters in an accidental way, and at the end of each cycle, they usually are forced to leave their masters for one reason or another. The Great Heep, a television special following the series, served as a prequel to the third Mungo Baobab cycle. The series' opening theme, "Trouble Again," was performed by Stewart Copeland of the Police and written by Copeland and Derek Holt.