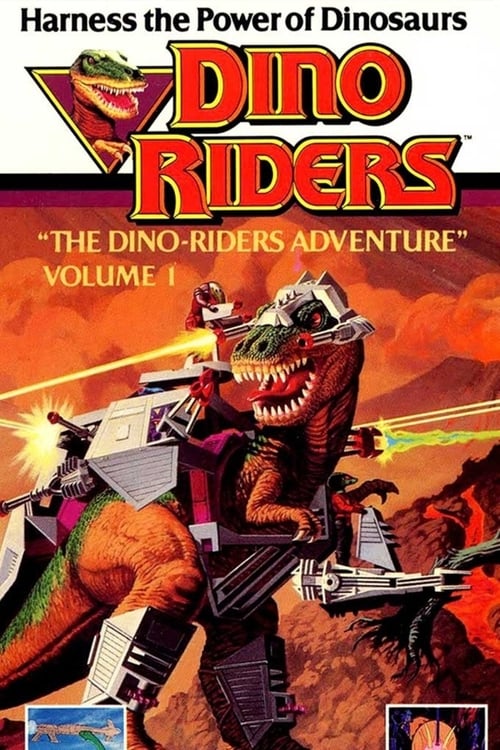 Dino-Riders is a cartoon television series that first aired in 1988. Dino-Riders was primarily a promotion to launch a new Tyco toy line. Only fourteen episodes were produced, three of which were produced on VHS for the United States. It aired in the U.S. as part of the Marvel Action Universe. The series focuses on the battle between the good Valorians and evil Rulons on prehistoric Earth. The Valorians were a super human race, whilst the Rulons were a mixture of humanoid creatures — both of which came from the future, however ended up transported back in time to the age of Dinosaurs. Once on Earth, the Valorians befriended dinosaurs whilst the Rulons brain-washed them.