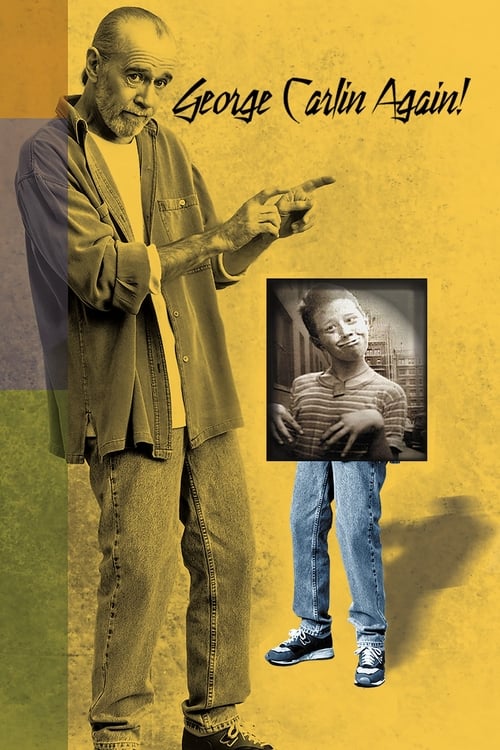 George Carlin: Again! is American comedian George Carlin's second HBO stand-up television special. It was filmed in the round at The Celebrity Theater in 1978 in Phoenix, Arizona. The show was first broadcast on July 23, 1978. The opening segment of the show contains pictures from Carlin's childhood which he narrates over: "I thought we might take a look at some of the pictures from the days when my show business career was just starting". The narration segues into Carlin waiting backstage to go on. He begins his routine by acknowledging the audience before diving into his "Goofy Shit" list which includes some new routines: Sandman on a rainy night, large craft warnings, Marine land fish sticks, centipedes, waiters in waiting rooms, evening gowns at night clubs, fluorescent lights, Kleenex targets, the hats that are not there, frogs legs, emptying the wishing wells, dream credits, why there is no blue food, skilled and unskilled workers, why we buy flowers, and cleaning the church. Carlin then performs a new long routine about time, who has the time, and words we use to describe time