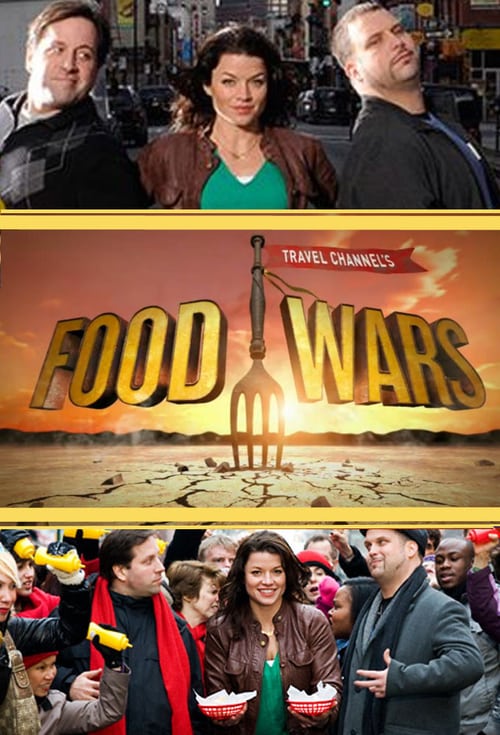 Food Wars was a weekly Travel Channel series hosted by Camille Ford that debuted on Tuesday, March 9, 2010. The show featured restaurant rivalries in cities around the United States, with loyal fans cheering for one of two restaurants that serve one of the city's signature dishes. A blind taste test with five tasters was conducted at the end of each show to decide which restaurant's version of the dish was better. The show aired 1 season from March to November 2010. It was cancelled and not picked for any further seasons.