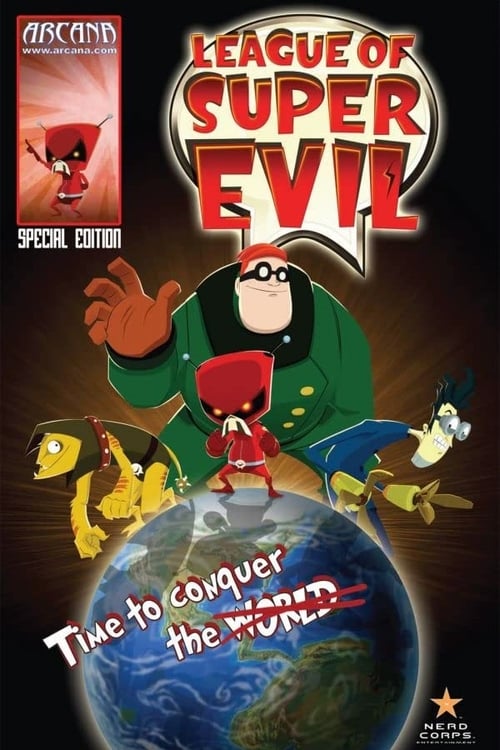 League of Super Evil is a Canadian animated television series inspired by the sketch "Once Were Heroes" by Ryan Harper-Brown, co-created by Philippe Ivanusic-Vallee, Davila LeBlanc, Peter Ricq, developed by Asaph Fipke, and produced by Nerd Corps Entertainment in conjunction with YTV. On YTV, it premiered on March 9, 2009, at 10:30 a.m. ET. The show is airing on Nickelodeon in Canada, Spain, the Netherlands, Portugal and on Cartoon Network in most of Southeast Asia, India, Australia, New Zealand, The United States, CBBC in United Kingdom and Canal Plus, Canal J, and Gulli in France. The first season consisted of 26 episodes. The second season consisted of 13 episodes. In total, 52 episodes have aired. In Latin America, it is aired on Disney XD. The second season started airing in Canada in September 2010 and the third season aired from June 2012 to August 2012. The series ended on August 25, 2012.