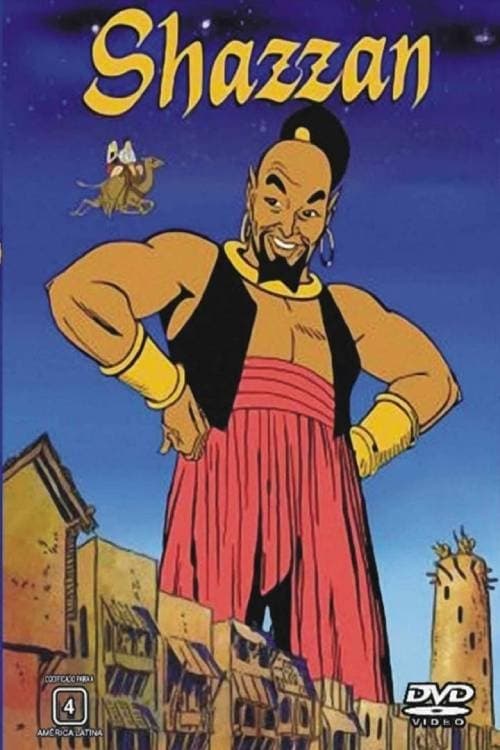 Shazzan is an American animated television series, created by Alex Toth and produced by Hanna-Barbera Productions in 1967 for CBS. The series follows the adventures of two teenage siblings, Chuck and Nancy, traveling around a mystical Arabian world, mounted on Kaboobie the flying camel. During their journey they face several dangers, but they are always helped by Shazzan, a genie with magical powers out of this world. Shazzan is not to be confused with Shazam!, the 1970s comic book/television revival of Golden Age super hero Captain Marvel, created by C. C. Beck and Bill Parker.