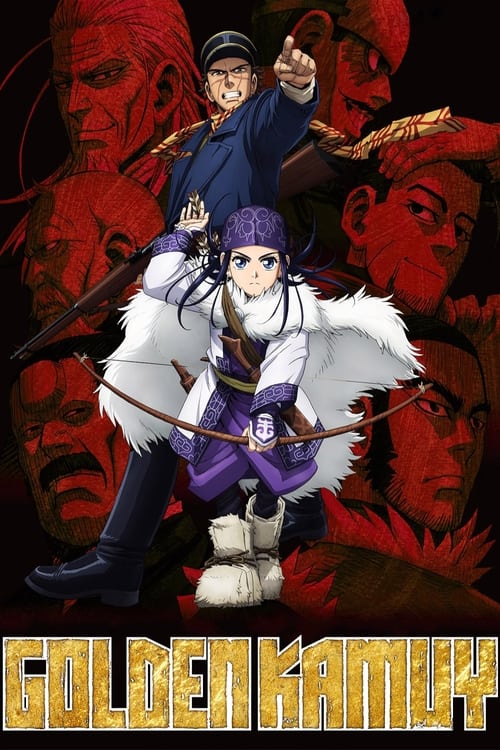 Saichi Sugimoto is a tough soldier who participates in the Russo-Japanese War and who earned the nickname "Sugimoto the Immortal." Honors in combat are of little use to him when he is expelled from the army for a certain incident, but he has a goal to fulfill, a promise to keep, and for that he will need money. His first idea to get it will be to join the recent Hokkaido gold rush and try his luck, but destiny prepared him a more interesting challenge and at the same time, more profitable. When a strange man tells the story of how a thief stole a large amount of gold from a group of Ainu to later hide his booty, his eyes light up. Is it a false story? The man tells him that the only way to find the stolen gold is to locate a number of men who were in prison with the thief and who carry the tracks tattooed on their own bodies. But Hokkaido is a tough region and its relentless nature, so when you're still deciding if such a story is more than a Chinese tale, you'll have to fight to protect your life from a huge bear ... and who will come to your rescue is a Ainu girl who seems to know something about the story told by the old man.