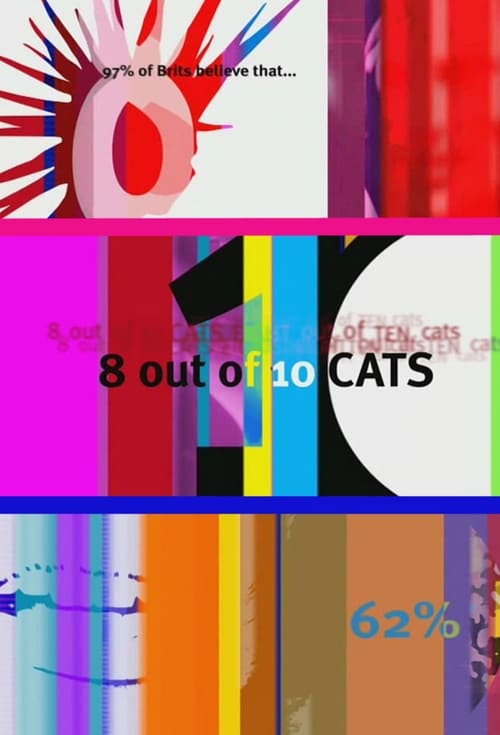 8 Out of 10 Cats is a British television comedy panel game produced by Zeppotron for Channel 4. It was first broadcast on 3 June 2005. The show is based on statistics and opinion polls, and draws on polls produced by a variety of organizations and new polls commissioned for the programme, carried out by company Harris Poll. The show's title is derived from a well-known advertising tagline for Whiskas cat food, which originally claimed that "8 out of 10 cats prefer Whiskas".