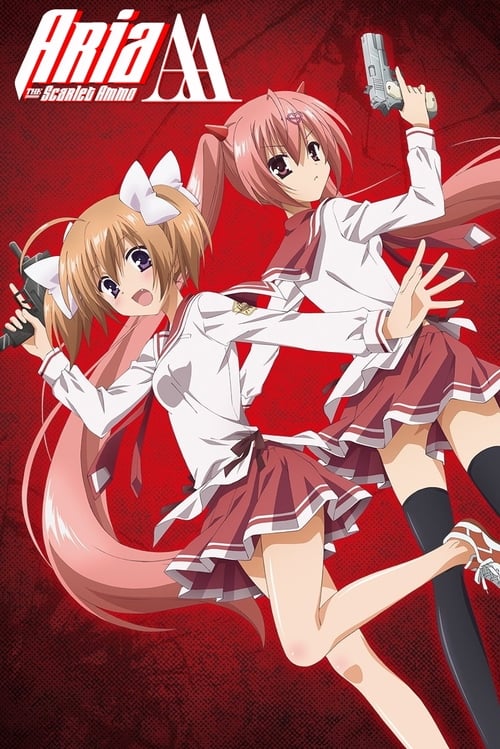 In the world of Hidan no Aria AA, there are special students called Butei who are authorized to carry weapons, investigate crimes and solve various incidents. One of the best of these students is an S-rank second year at Tokyo Butei High School named Aria Kanzaki. On the opposite end of the scale is E-rank first year named Akari Mamiya. Akari absolutely idolizes Aria and wants to become an elite Butei just like her but sadly she just isn’t very good and constantly fails her rank exams. One day she gets the bright idea to submit a request to become Aria’s Amica (assistant), despite her friends telling her that she shouldn’t even bother due to the disparity in their skills. Surprisingly though, Aria decides to give Akari a test, which she not only accepts, but passes! It won’t be easy for Akari though, as before she can officially become Aria’s Amica she’ll have to work hard until she proves her value. Will Akari’s dream ever come true or will she be forced to give up before she even has a chance to get started, and can Aria help this E-rank girl go from zero to hero?