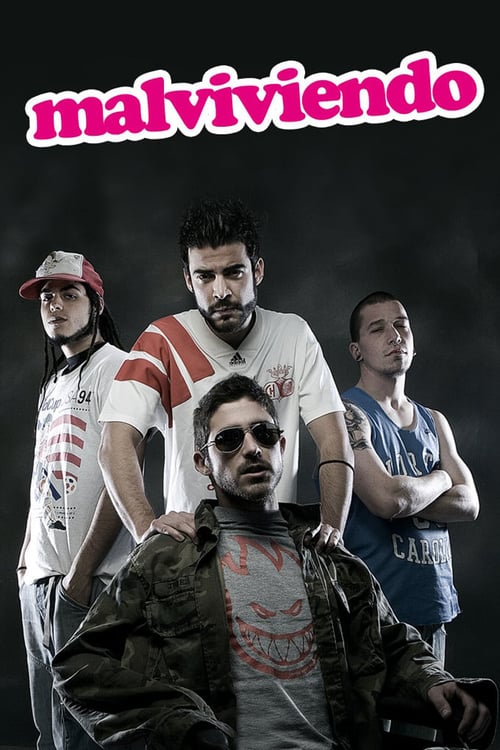 Malviviendo is an online series produced by Diffferent and directed by David Sainz. In July 2011, the show released its fourteenth episode. The first episode launched in November 24, 2008 and became successful in a few months with positive reviews by the public. It employs mostly amateur actors, and those involved in the series do it for free. The series is set in the fictional neighborhood of "Los Banderilleros" of the Spanish city of Seville. The characters are a group of friends trapped in their everyday bad lives related to consumption of cannabis or other problems individual to each character. The show contains allusions to and parodies of a variety of other series, including Dexter, My Name Is Earl, The Sopranos, Lost, ALF, The X-Files, Prison Break, Sex and the City, The Brady Bunch, South Park, Boardwalk Empire, The IT Crowd and How I Met Your Mother. Also the Spanish program Callejeros chain Cuatro in the fifth episode called Callejosos. In the third episode of the second season spoof the header of the series Misfits, but the content of the episode is a parody of the movie Inception. In June 2009, the series got the support of Qualid. There it launched two mini-episodes minicapítulos. One focused on the character of Mateo and the other in "el Puto".