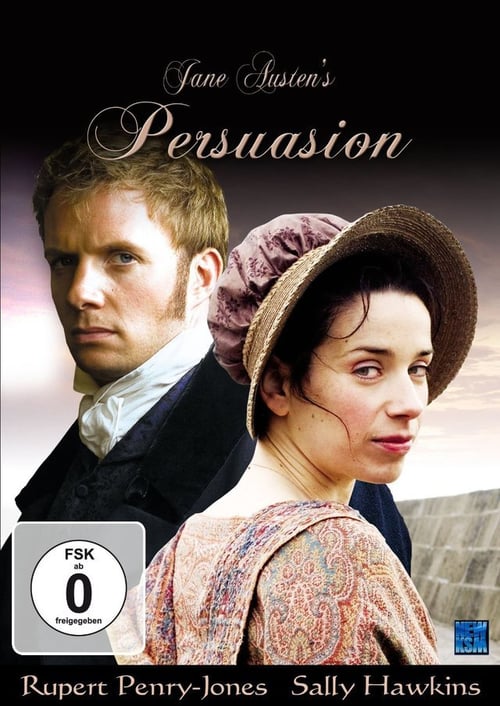 Persuasion is a 2007 British television film adaptation of Jane Austen's eponymous novel. It was directed by Adrian Shergold and the screenplay was written by Simon Burke. Sally Hawkins stars as the protagonist Anne Elliot, while Rupert Penry-Jones plays Frederick Wentworth. Eight years prior to the film's beginning, Anne was persuaded to reject Wentworth's proposal of marriage. Now 27 and unmarried, Anne re-encounters Wentworth, who has made his fortune in the Napoleonic Wars and is looking for a wife – anyone but Anne, whom he has not forgiven for rejecting him all those years ago. Persuasion was one of three novels adapted for ITV's Jane Austen season. It was the first of the three adaptations to begin development. The drama was co-produced by Clerkenwell Films and American studio WGBH Boston. Persuasion premiered on 1 April 2007 in the United Kingdom and was watched by 5.4 million viewers. Persuasion received mixed reviews from television critics.