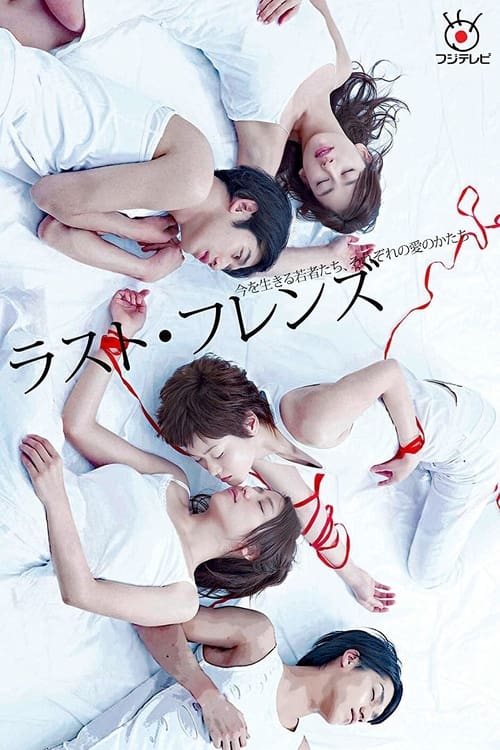 Last Friends is a Japanese television drama which aired on Fuji TV at 10:00 pm every Thursday from April 10, 2008 until June 17, 2008. The special, consisting of a recap and some new additional scenes aired on June 26, 2008. The series follow the life of Michiru Aida, a beauty parlor assistant who returns to Tokyo after 4 years. Bullied by her seniors at work and abused by her boyfriend, she is reunited with her best friend during high school, Ruka Kishimoto, a skilled motocross racer. Takeru, a make-up artist, is introduced to Ruka by her housemate, Eri and thus begin a journey of friendship. A manga counterpart focusing on Ruka's and Michiru's high school days is currently being published in Malika. Although episode 11 was supposed to be the final episode, a sudden phone call requested the producers to add on a special. A movie has also been announced due to Last Friends' immense popularity. Last Friends was number 1 on Fuji's top 50 list from June 16 till June 29. However, it had since dropped to 6th place after the broadcast of the special and as of the week of July 7 to 13, Last Friends ranked 9th on the Top 50 list. Aside from the official website at Fuji TV, another website has also been created, named "Last Friends: Another".