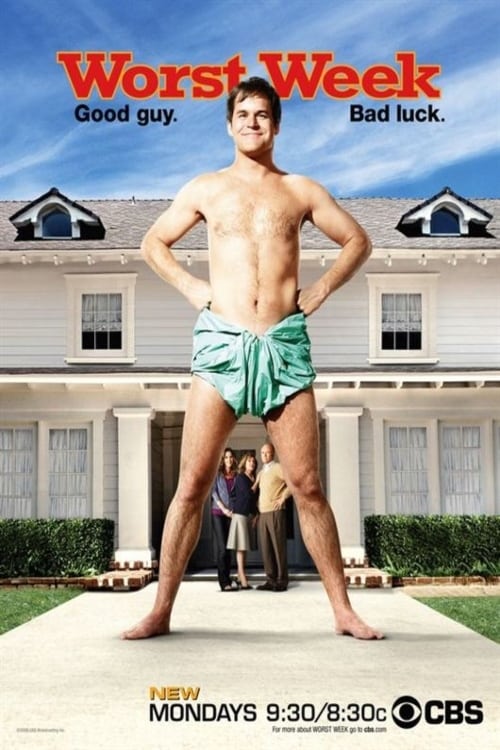 Worst Week is an American TV series which originally aired on CBS from September 22, 2008 to June 6, 2009. The series was based on the British sitcom The Worst Week of My Life. The show was adapted for American audiences by Fox under the title Worst Week of My Life, but a series failed to materialize after the pilot was filmed. The series aired on CBS Mondays at 9:30pm ET/PT, following Two and a Half Men. The premiere attracted 11 million viewers but lost a third of its lead-in audience. Ratings dropped to a low of 8.4 million viewers with the sixth episode, then began to climb steadily. They reached a high of 12.12 million viewers with the eleventh episode but declined afterwards. The season finale titled "The Epidural" aired on February 16, 2009. The Series is currently being shown in Ireland on RTÉ Two, Sundays at 3:40am. On May 20, 2009, CBS announced its new season schedule and canceled Worst Week. A previously unaired episode entitled "The Party" aired on June 6, 2009. Worst Week is set in Manassas, Virginia