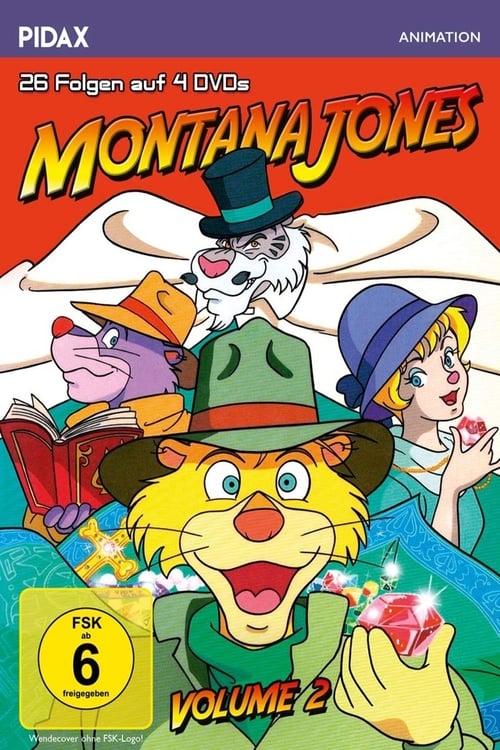 Montana Jones is a comedy adventure anime television series which was broadcast in Japan on NHK from April 2, 1994 through April 8, 1995. Studio Junio and REVER created the 52 episode series as a joint production. Montana Jones has a similar atmosphere to Sherlock Hound, a joint of Rever and TMS Entertainment ten years earlier in 1984. The anthropomorphic characters in Montana Jones were big cats instead of the dogs used in Sherlock Hound. It was subsequently broadcast in over 30 other countries. The series takes place in the 1930s and is about the adventures of Montana Jones, who goes treasure hunting with his cousin Alfred Jones and the beautiful reporter Melissa Sone. They visit real locations and cities like the Pyramids of Giza, the Taj Mahal, Istanbul or Easter Island. Frequently they cross paths with Lord Zero - a rich, eccentric art lover and master thief. All characters in the series are humans with lion or tiger similar heads. The anime was obviously inspired by the Indiana Jones movies.