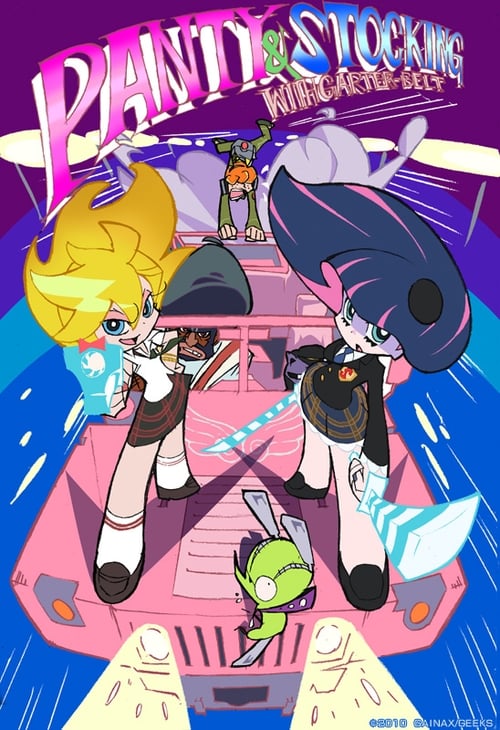 Panty & Stocking with Garterbelt is a Japanese anime television series produced by Gainax. It aired nationwide, in Japan, between October 2, 2010 and December 25, 2010 on BS Nittele and was also simulcast on Nico Nico Douga and Crunchyroll. It was also syndicated terrestrially in eight markets, including a few JAITS members like Tokyo MX, and TVQ, a TXN affiliate. The series has been licensed by Funimation Entertainment for distribution in North America and was released on DVD on July 10, 2012. Manga Entertainment also released the series in the UK on July 30, 2012, but pushed back the final release to September 10, 2012 due to a mastering error.