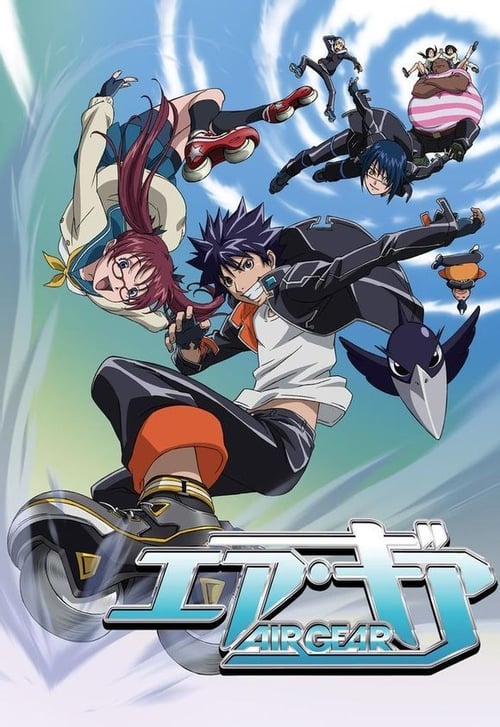 Air Gear is a shōnen manga written and illustrated by Ito "Oh Great" Ōgure. Air Gear revolves around the life of Itsuki Minami "Ikki or Crow", also known as "Baby Face", "Lil Crow", and his friends. The story follows their use of Air Treks, an in-universe invention derived from inline skates. Initial sections of the plot carries out the introduction of characters that eventually join Ikki. As the story progresses, it focuses on their roles as Storm Riders and their quest to be on the top of the Trophaeum Tower. Air Gear won the 2006 Kodansha Manga Award in the shōnen category. The series concluded on May 28, 2012 with Chapter 357.