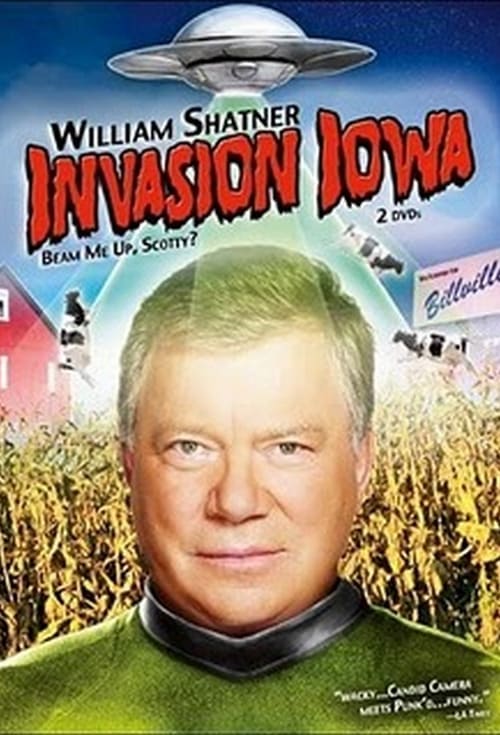 Invasion Iowa is a television series that aired on Spike TV beginning on March 29, 2005, on ITV4 beginning on 3 November 2005 and The Comedy Channel in April 2007. The series depicts events from September 2004, in which William Shatner played a hoax on the small town of Riverside, Iowa by claiming to film a science fiction movie there. Unbeknownst to the residents of Riverside, the movie was in fact fake, a satire on the genre. In front of and behind the cameras, Shatner and his purported entourage performed a living, breathing parody of Hollywood. Producers designed the various plots and gags to elicit reactions from the townspeople. Shatner played the part of the eccentric star. Improvisational actors pretended to be members of his entourage. Residents of Riverside were encouraged to audition for parts in the movie and take jobs on its crew, only to bear witness, firsthand, to an elaborate send-up of tinseltown. Producers chose Riverside because it is the self-proclaimed future birthplace of Shatner's most enduring character, Captain James T. Kirk. Invasion Iowa was created by Rhett Reese and Paul Wernick, who also created Spike TV's earlier "reality parody" series, The Joe Schmo Show, and its sequel, Joe Schmo 2.