Fated to Love You 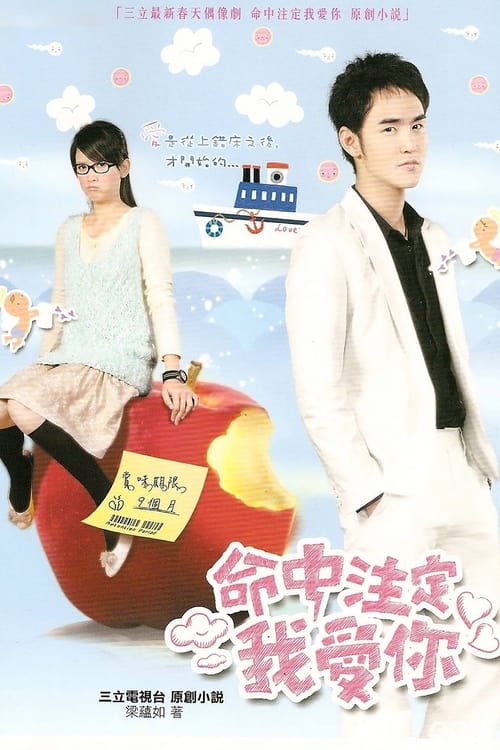 Fated to Love You, also known as You're My Destiny, Sticky Note Girl or Destiny Love, is a 2008 Taiwanese drama starring Joe Chen, Ethan Juan, Baron Chen and Bianca Bai. It was produced by Sanlih E-Television and directed by Chen Ming Zhang with location filming in Taiwan, Hong Kong and Shanghai. It holds the record for the highest average single-episode rating at 10.91 with a peak at 13.64 for episode 20 broadcast on 27 July 2008, and broke the previous record held by The Prince Who Turns Into a Frog. The series was first broadcast in Taiwan on free-to-air Taiwan Television from 16 March 2008 to 24 August 2008, every Sunday at 22:00 and cable TV Sanlih E-Television from 22 March 2008 to 30 August 2008, every Saturday at 21:00. Fated to Love You was nominated in 2008 for six awards at the 43rd Golden Bell Awards, Taiwan. It was awarded the 2008 Best Television Series and Best Marketing Programme. Fated to Love You is now aired on Saturday's on Hawaii's KIKU Television at 8:00.