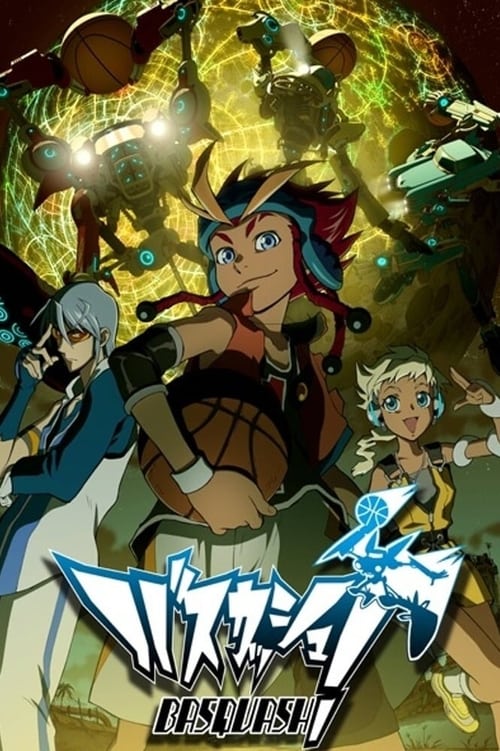 Basquash! is a sports and sci-fi anime which aired on Mainichi Broadcasting System. It involves characters playing basketball while riding mecha. The series premise was created by Thomas Romain and Shoji Kawamori, with the animation produced by Satelight. Shoji Kawamori is handling the project direction, while the series direction will be done by Shin Itagaki. On July 10, 2009 it was reported that director Shin Itagaki was to be replaced by another, as yet, unnamed director starting from the eleventh episode. The series will be adapted as a remake but targeted for kids and sport fans.