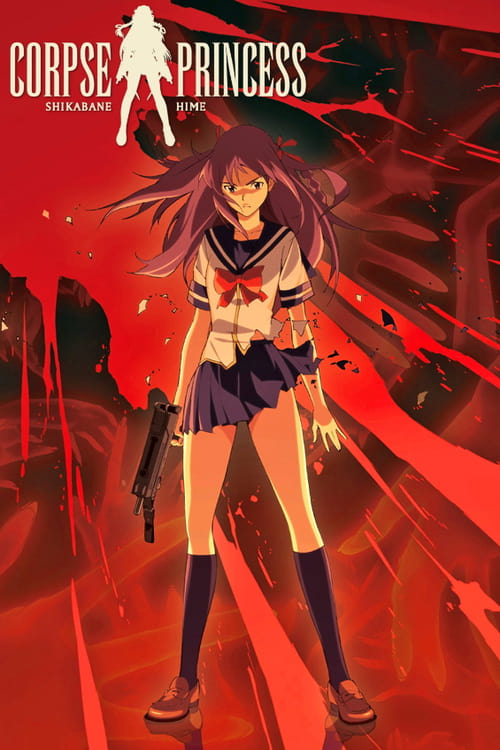 Corpse Princess is a Japanese manga series written and illustrated by Yoshiichi Akahito. Premiering in Monthly Shōnen Gangan on April 12, 2005, the series centers around the "Corpse Princess" Makina Hoshimura, an undead girl who is hunting down 108 undead corpses in order to gain entry into heaven with the help of a secret society of anti-corpse Buddhist monks. Feel and Gainax partnered together to adapt the series into a thirteen episode anime series. The first season, Aka, premiered on AT-X on October 2, 2008. A second season, Kuro, aired between January and March 2009. The anime is licensed for North American distribution and release by Funimation Entertainment, which has already started releasing the episodes in subtitled form as Shikabane Hime through various online distribution companies and through its own website. The series made its North American television debut on the FUNimation Channel on November 15, 2010.