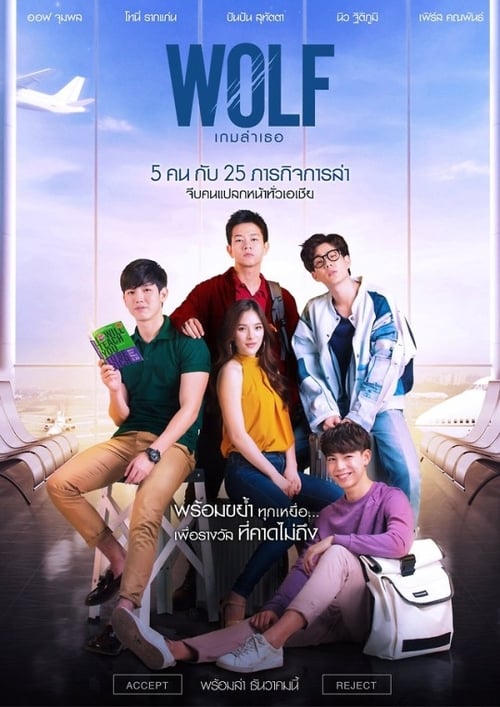 Don Pom, Mo Plan, and Ryo receive a message inviting them to join a mysterious project called "Wolf." They must be watched 24 hours a day and travel around Asia to complete their mission to flirt with strangers. With ten million baht as a reward They are all five. Press "Accept" to play the wolf game for different purposes. Some people do to overcome the wounds in their hearts. While some people do it for the prize money They don't even know that pressing that answer button might change their lives for the rest of their lives. Follow the series of their five love games and hunting games. A journey full of excitement Learning a new culture Breaking the Barriers of Romance and Fun in GMMTV's newest "WOLF Hunting Game", airing January 25, starring Tony Root Kaen as Don Pan Pan Sutatta as Mo-Chumpon. Play the role of New Thitiphum as the first plan, play the role of Ryo her hunting game Ost.WOLF her hunting game - Image Suthita