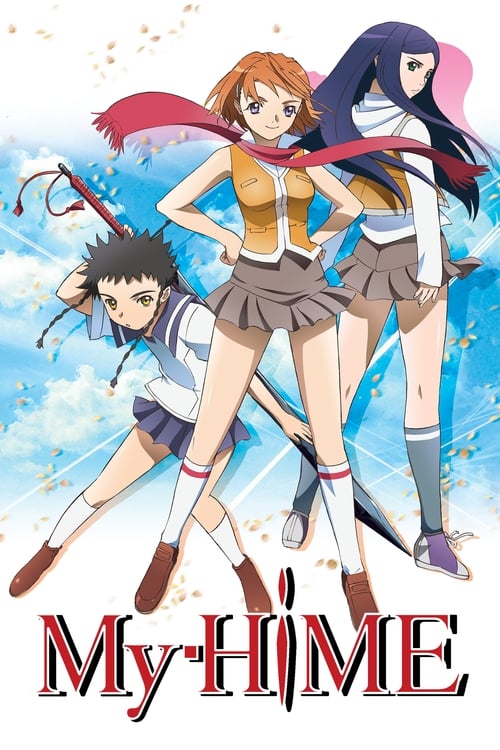 My-HiME is an anime series, created by Sunrise. Directed by Masakazu Obara and written by Hiroyuki Yoshino, the series originally premiered in Japan on TV Tokyo from September 2004 to March 2005. The show is a comedy-drama focusing on the lives of HiMEs—girls with the capacity to materialize photons—gathered at Fuka Academy for a secret purpose. The series was licensed for North American distribution by Bandai Entertainment and European distribution by Bandai's European subsidiary, Beez, with the first American DVD released at the end of March 2006. Bandai released the Complete Collection DVD set in America on October 7, 2008. It is also shown on Anime Selects On Demand but only for a limited time. At Otakon 2013, Funimation Entertainment had announced that they have rescued all of the My-Hime Project anime and will be re-released in 2014.