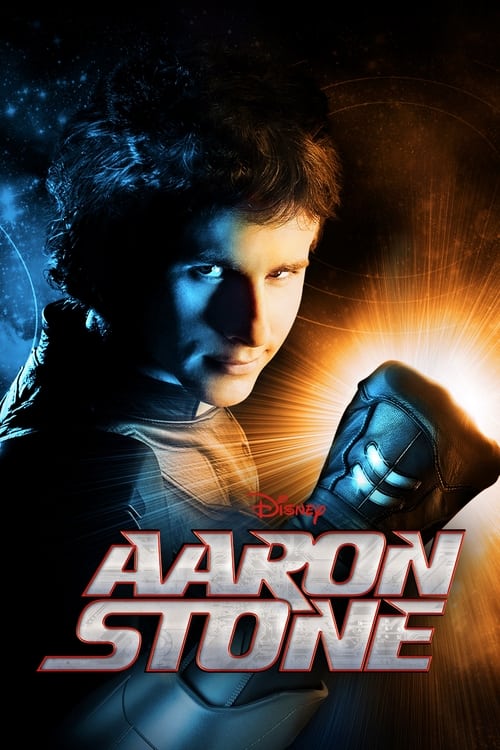 Aaron Stone is a live-action, single-camera adventure series created by Bruce Kalish. Originally broadcast with the launch of Disney XD on February 13, 2009. It was the first original series to air on the network. The series is about a teenager named Charlie Landers who is enlisted to become the real-life counterpart of his world-renowned avatar Aaron Stone from the fictional video game Hero Rising. The series also stars David Lambert, Tania Gunadi and J. P. Manoux. Unlike most of Disney's live-action shows, Aaron Stone features a darker tone with complex storyline. Production for the first season ran from June 2, to December 19, 2008. The first season aired on Disney XD from February 13, to November 27, 2009. On May 5, 2009, Disney announced that the show had been renewed for a second season. Kelly Blatz confirmed via Twitter account that production for the second season began on June 22, 2009. On November 11, 2009 in a Live Ustream chat with J. P. Manoux, Tania Gunadi and Bruce Kalish, it was announced that Aaron Stone would not be renewed for a third season, with the second season being its last. The given reason was that Disney XD has made the decision to put more emphasis on live-action programming that is primarily comedy-based. This announcement was made before season one was concluded in the United States. A total of 14 episodes were produced for the second season premiering on February 24, 2010. The last remaining 8 episodes began airing on June 16 and concluded on July 30, 2010. As of 2012, Disney XD discontinued airing reruns of Aaron Stone in the United States.