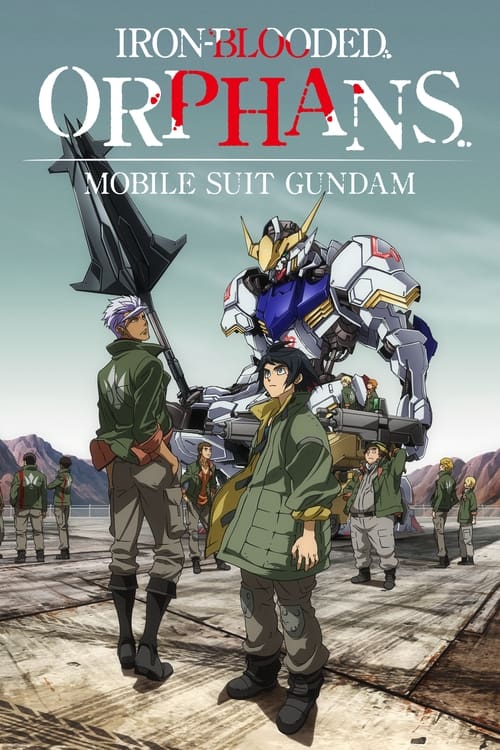 The year is Post Disaster 323. More than 300 years after a great war between Earth and Mars known as the "Calamity War", Mars has been successfully terraformed and colonized by humans. However even with the technological advancements, the humans on Mars crave freedom against the government of Earth and seek to improve their livelihoods. Furthermore, while most of Mars' nations have received autonomy, the planet is virtually dependent on Earth for economic development. A young orphan named Mikazuki Augus is part of a group of children who work for the civilian security company Chryse Guard Security, entrusted with the safety of the Martian Princess Kudelia Aina Bernstein, who has plans for her nation of Chryse to secure independence from Earth. One day, the group was attacked by the Earth Military organization Gjallarhorn, which aims to stop the Martian independence movement. During the attack, the leader of the children and the Third Army Division within CGS, Orga Itsuka, decides to rebel against the adults and higher-ups who had escaped and left the children and foot-soldiers to remain and fight as decoys. Augus must now choose to either follow his friends, or his mission as he stumbles into the legendary mobile suit: the Gundam Barbatos.