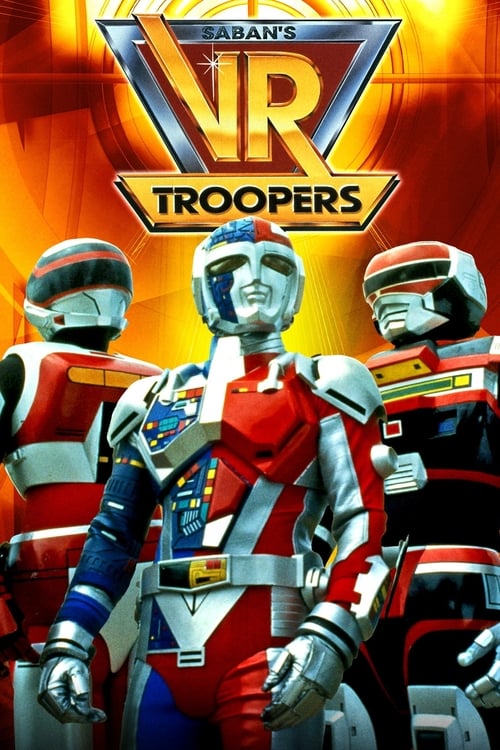 VR Troopers is a syndicated live action superhero television series produced by Saban Entertainment from 1994 to 1996. The show tried to profit from the fascination with virtual reality in the early 1990s as well as the success of Power Rangers. The show featured early CGI and video effects mixed with Japanese stock footage from three different Metal Hero Series: Superhuman Machine Metalder, Dimensional Warrior Spielban, and Space Sheriff Shaider. This kind of adaptation technique—turning multiple shows into one show—was originally used in such anime programs as Robotech and Voltron, though this was one of the first times this technique was used for a tokusatsu adaptation. On May 7, 2010 the copyright for VR Troopers was transferred from BVS International to SCG Power Rangers. Saban's VR Troopers was the first official "sister series" to the most popular "action fighting kid show" at the time, Mighty Morphin' Power Rangers. Much like it, this was an Americanization of a Japanese tokusatsu children's program by Toei Company LTD. The series was deemed successful, but not as successful as the Power Rangers franchise. Unfortunately, for the series, the Japanese footage was quickly exhausted due to extreme cases where multiple tokusatsu scenes were put together in one episode to the extent where stock footage had to be reused multiple times throughout the series. Similarly, another Saban program, Big Bad Beetleborgs, would do well but ultimately end quickly due to a lack of stock footage. Both series were adapted from the Japanese Metal Heroes series. The show spawned a toy line and a video game for the Sega Genesis and Sega Game Gear.