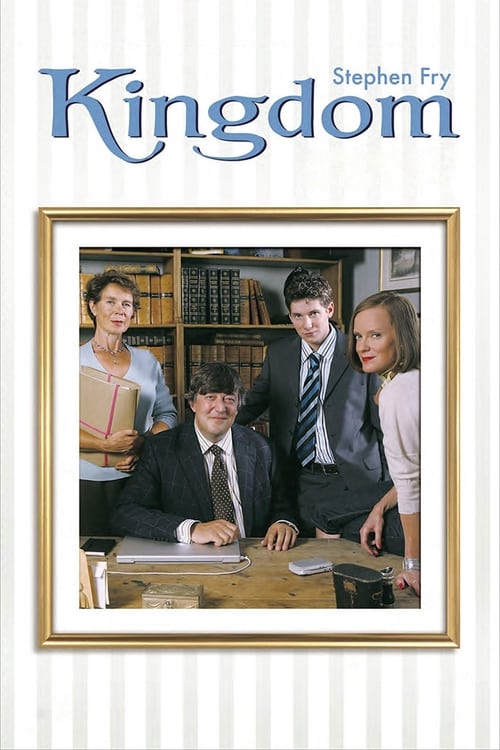 Kingdom is a British television series produced by Parallel Film and Television Productions for the ITV network. It was created by Simon Wheeler and stars Stephen Fry as Peter Kingdom, a Norfolk solicitor who is coping with family, colleagues, and the strange locals who come to him for legal assistance. The series also starred Hermione Norris, Celia Imrie, Karl Davies, Phyllida Law and Tony Slattery. The first series of six one-hour episodes was aired in 2007 and averaged six million viewers per week. Despite a mid-series ratings dip, the executive chairman of ITV praised the programme and ordered a second series, which was filmed in 2007 and broadcast in January and February 2008. Filming on the third series ran from July to September 2008 for broadcast from 7 June 2009. Stephen Fry announced on his blog in October 2009 that ITV was cancelling the series, which was later confirmed by the channel, which said that given tighter budgets, more expensive productions were being cut.