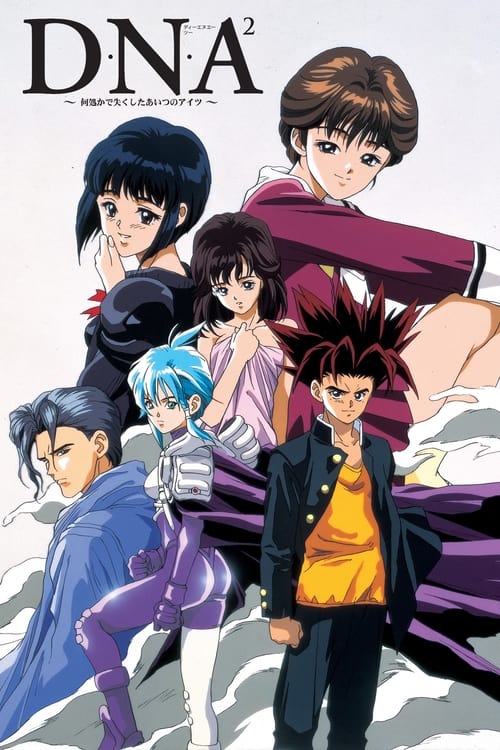 DNA² is a science fiction manga series written and illustrated by Masakazu Katsura. It was serialized across Shueisha's Weekly Shōnen Jump magazine between 1993 and 1994, spanning a total of five tankōbon volumes. DNA² was adapted into a 12-episode anime television series which ran on Nippon Television from October 7, 1994 to December 23, 1994. This was followed by a three-episode anime original video animation in 1995. Produced by Madhouse and Studio Deen, the anime series was directed by Jun'ichi Sakata, whereas the character designer and animation director for the series was Kumiko Takahashi. DNA² has been broadcast in Japan by Animax, which has also aired the series across its respective networks worldwide, including its English-language networks in Southeast Asia and South Asia. All 15 episodes were licensed in North America by Central Park Media until their closing in 2009. The five volumes and box set are out-of-print.