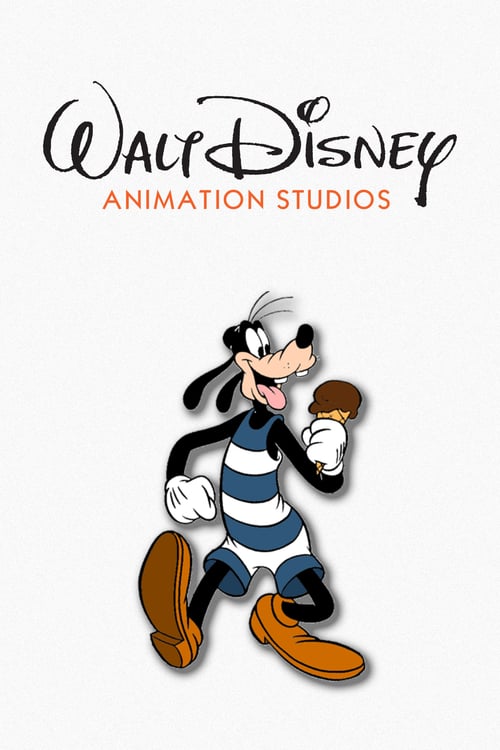 Goofy debuted in animated cartoons, starting in 1932 with Mickey's Revue as Dippy Dawg, who is older than Goofy would come to be. Later the same year, he was re-imagined as a younger character, now called Goofy, in the short The Whoopee Party. During the 1930s, he was used extensively as part of a comedy trio with Mickey and Donald. Starting in 1939, Goofy was given his own series of shorts that were popular in the 1940s and early 1950s.