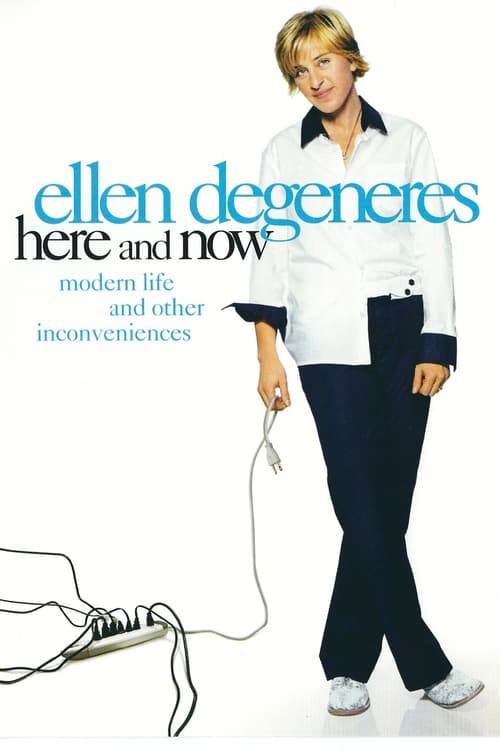 Ellen DeGeneres: Here and Now is a stand-up comedy routine that was shown on HBO. This was Ellen DeGeneres's second HBO special. This hour-long special focused on everyday situations, as Degeneres put it: modern life and other inconveniences. It was filmed at the Beacon Theater on Broadway in New York City, New York on May 2, 2003. The show first aired on June 25, 2003.