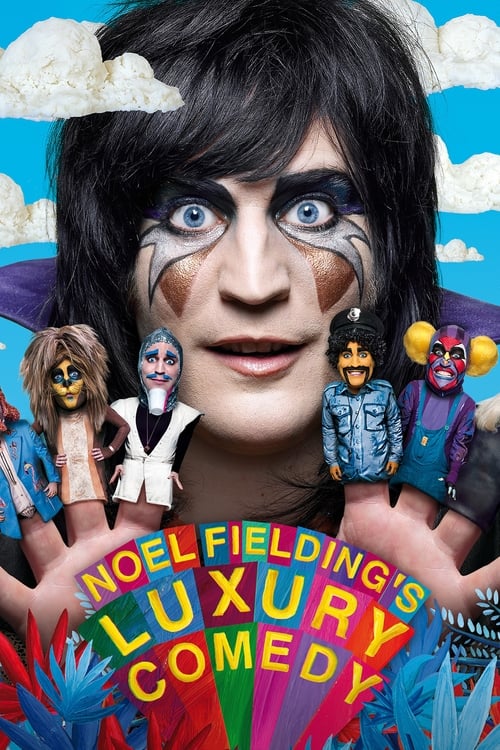 Noel Fielding's Luxury Comedy is a British sketch television series written and directed by Noel Fielding and Nigel Coan. The series stars Fielding, his brother Michael Fielding, Tom Meeten, and Dolly Wells. Various guest stars also appear, including Rich Fulcher and Richard Ayoade, and it features numerous members of The Mighty Boosh. The first episode premiered on 26 January 2012 on E4. The music was written by Kasabian's Sergio Pizzorno, a good friend of Fielding's. Prior to the creation of the Luxury Comedy, Fielding had worked in a double act with comedian Julian Barratt as The Mighty Boosh. Together, Fielding and Barratt produced a series of stage shows, a radio series, and a television series between 1998 and 2008. Going their separate ways, Fielding became a team captain on Never Mind the Buzzcocks from 2009, and also began co-operating on a new sketch show with Coan. The show originally had the provisional title Noel Fielding: Boopus. It is described on the Channel 4 website as "a psychedelic character based comedy show half filmed and half animated".