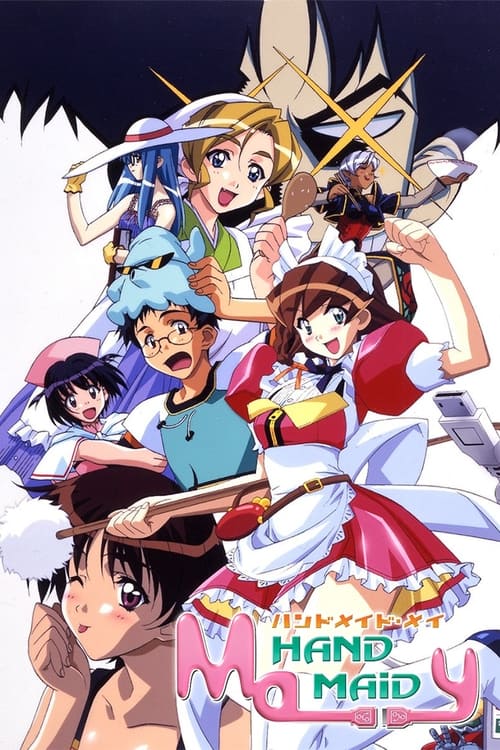 Hand Maid May is an anime series directed by Shinichiro Kimura, produced by Pioneer Animation and animated by TNK. The anime aired ten episodes on WOWOW between July 6 and September 22, 2000, and an OVA was bundled with a DVD box set released on February 21, 2001. It centers on the adventures of the main character, Kazuya Saotome, and a robotic Cyberdoll named May. Formerly available from Pioneer/Geneon in the United States, it is now out of print.