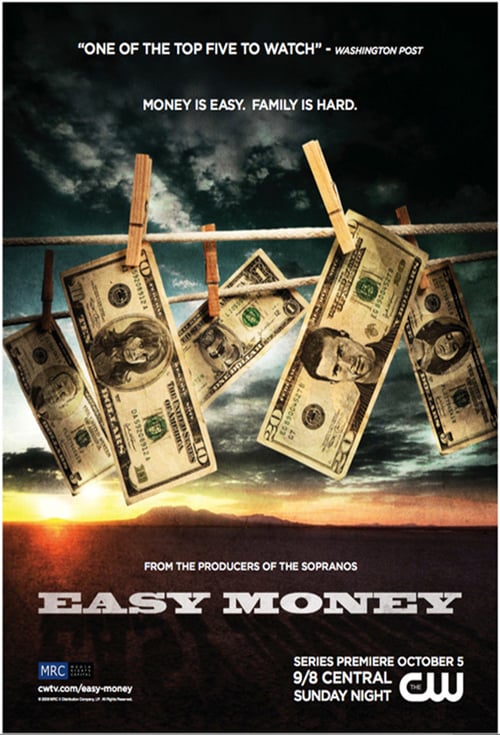 Easy Money is a comedy-drama television series that aired on The CW from October 5, 2008 to August 16, 2009. The series was created by Diane Frolov and Andrew Schneider. The show—along with Valentine, Surviving Suburbia, and In Harm's Way—are shows programmed by Media Rights Capital, an independent producer of television programming. The Sunday night block was sold to the producers on a leased-time basis from The CW after the network had no ratings success with the night. Production of the series was put on hold in mid-October and was expected to resume within four to six weeks. Two weeks later, MRC decided to cancel both Easy Money and Valentine. On November 20, 2008, The CW announced that it was ending its Sunday Night agreement with MRC, removing the current shows and programming the night itself. On July 6, 2009, The CW announced that beginning July 26, the series would begin burning off the remaining episodes Sundays at 7 p.m.