Nice To Meet You 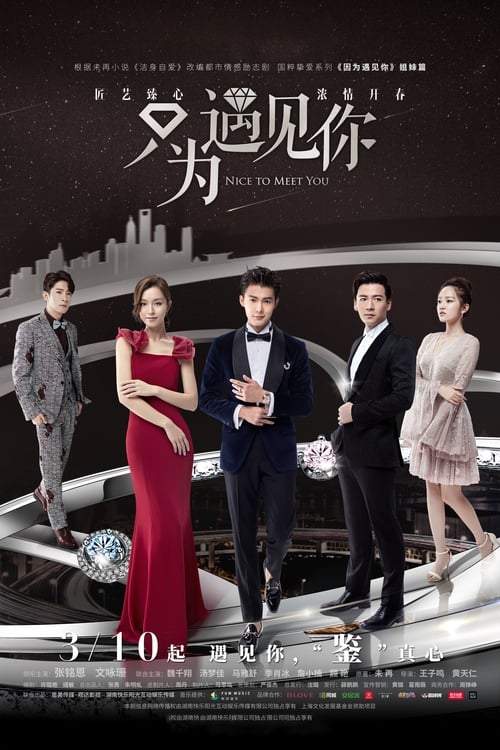 An aspiring designer almost loses everything due to a scheme to take her down. She meets the successor of a premier jeweler that paves the way for a sizzling romance. Gao Jie has always dreamed of becoming a jewelry designer, so she packs up her bags to find work at a mining company in South America. She falls in love with Yu Zhi, the successor of Shengfeng Jewelry. Things do not go smoothly for Gao Jie after returning to China, but in order to pursue her passion, she gets a job at Shengfeng. Shengfeng used to be the gold label in the industry. However, fierce competition from Western jewelers has reduced the brand's prominence over the years. To get the company back to its former glory, Yu Zhi breaks tradition by focusing on Western designs. After Gao Jie joins Shengfeng, she becomes fascinated with the exquisite beauty of traditional Chinese jewelry and becomes set on creating designs that fuse Eastern and Western influences. Alas, their cooperation and budding romance encounter roadblocks due to Yu Zhi's stepmother Mu Zi Yun. She is also Gao Jie's aunt and she has been plotting to take over the entire company.