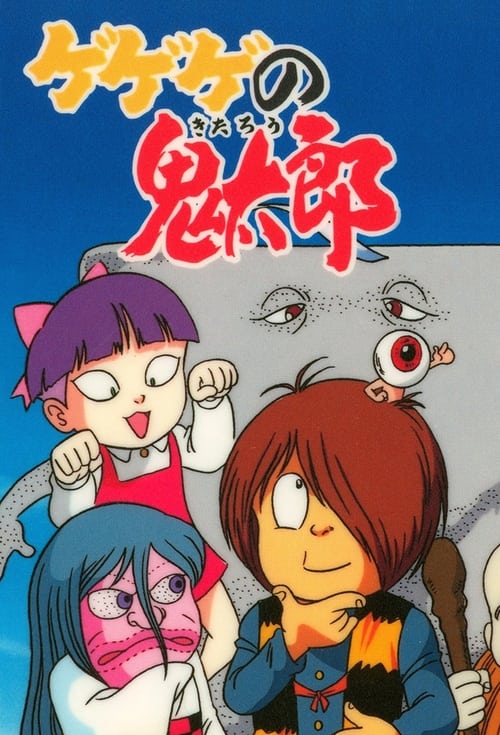 Kitarou, a ghost, spends his afterlife helping humans in need of his skills by thwarting the plans of evil spirits who live to torment humanity. A manga series created in 1959 by manga artist Shigeru Mizuki, Cackling Kitarou is best known for its popularization of the folklore creatures known as yōkai, a class of spirit-monster to which all of the main characters belong. It has been adapted for the screen several times, as anime, live action and video games. A new anime series has been made every decade since 1968. The title of the original story is Hakaba no Kitarō, literally meaning "Kitarō Graveyard". This story was an early 20th-century Japanese folk tale performed on kamishibai. The name "Ge Ge Ge..." was applied to Mizuki's particular telling of the Kitarō story when a Toei Animation series based on the characters of his comic was created. In January, 2008, the original comic was finally adapted into an animated series, running in Fuji TV's noitaminA slot.