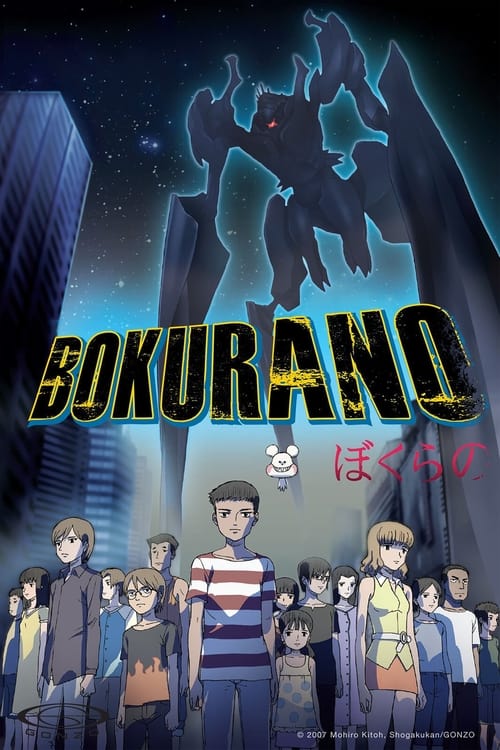 When a strange man in a grotto offers fifteen middle-school students the chance to test the game he's been developing, the kids find little reason not to accept. Who wouldn't want to pilot a giant robot and face down intruders bent on destroying Earth? Instead of a game, however, the youths discover that the metal giant is all too real--and so are the enemies! It only gets worse when they realize that the 'contract' they signed to play the game was no laughing matter. The robot feeds on the life force of its pilot. Even if they win, they die. But if they lose, the world will cease to exist!