Koi to Senkyo to Chocolate 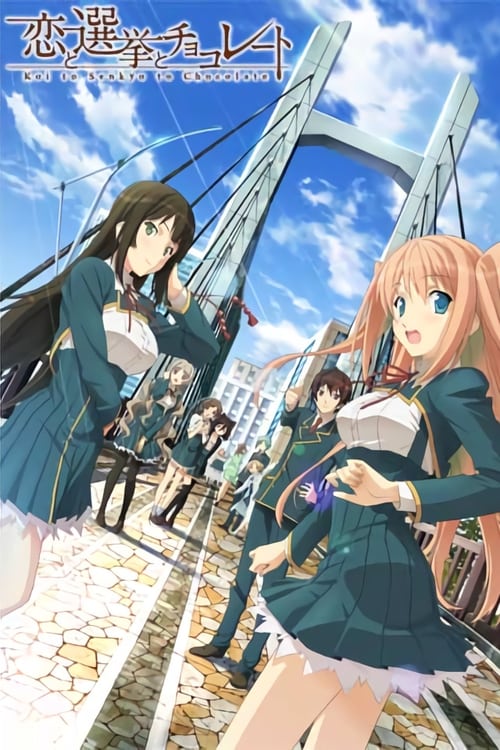 Love, Elections & Chocolate, is a Japanese adult visual novel developed by Sprite, and it was released in Japan on October 29, 2010 for Windows PCs. The gameplay in Love, Elections & Chocolate follows a branching plot line, which offers pre-determined scenarios with courses of interaction, and focuses on the appeal of the five female main characters by the player character. There have been two manga adaptations based on the game: one each serialized in ASCII Media Works' Dengeki G's Magazine and Dengeki Daioh. A 12-episode anime TV series adaptation produced by AIC Build and directed by Tōru Kitahata aired between July and September 2012. An additional episode was released on the series' final Blu-ray Disc and DVD volume in March 2013.