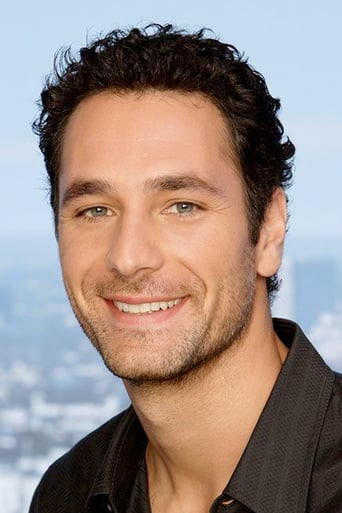 Raoul Bova  (born 14 August 1971) is an Italian actor. Bova was born in Rome to Calabrian parents. At the age of 16 he became a local champion in the 100 meter backstroke. At the age of 21 he joined the Italian Army and performed his military duty in the Bersaglieri (sharpshooters) corps. He enrolled in the ISEF, the Italian Institute of Physical Education, but dropped out to pursue a career in acting. He studied at the school Beatrice Bracco in Rome and also studied acting with Michael Margotta. In March 2000, he married Chiara Giordano. They have three children, Alessandro Leon, Francesco and Sophia. On 15 October 2010, Raoul Bova was nominated Goodwill Ambassador of the Food and Agriculture Organization of the United Nations (FAO). Description above from the Wikipedia article Raoul Bova, licensed under CC-BY-SA, full list of contributors on Wikipedia