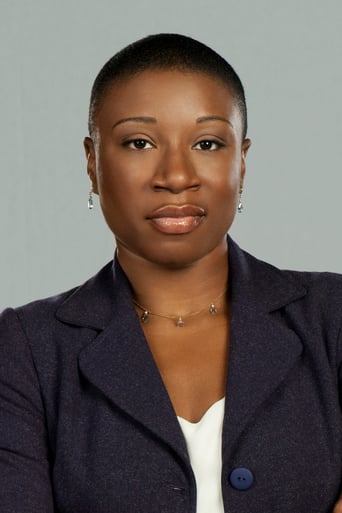 From Wikipedia, the free encyclopedia. Aisha Hinds (born November 13, 1975) is an American television and film actress. Hinds was born in Brooklyn, New York. She began her career on television in 2003, on NYPD Blue. In 2004, she had a recurring role on The Shield as Annie Price, and later guest-starred in Crossing Jordan, Boston Legal, It's Always Sunny in Philadelphia, Law &amp; Order: Special Victims Unit, Stargate SG-1, Cold Case, and Desperate Housewives.Hinds was a series regular in the two short-lived ABC series Invasion from 2005 to 2006, and Detroit 1-8-7 (2010-2011). She had recurring roles on Dollhouse, HawthoRNe, True Blood, and Cult. In film, Hinds appeared in Mr. Brooks, Madea Goes to Jail, Unstoppable, and Star Trek Into Darkness. In 2013, Hinds appeared on the CW series, Cult, as the evil Rosalind Sakelik. Right after Cult was canceled, Hinds was cast as a series regular on the CBS television series Under the Dome based on Stephen King's book of the same title. In 2014, she had supporting roles in films If I Stay and Beyond the Lights. Also in that year, she had the recurring role of Chief Investigator Ava Wallace on the CBS police procedural, NCIS: Los Angeles.