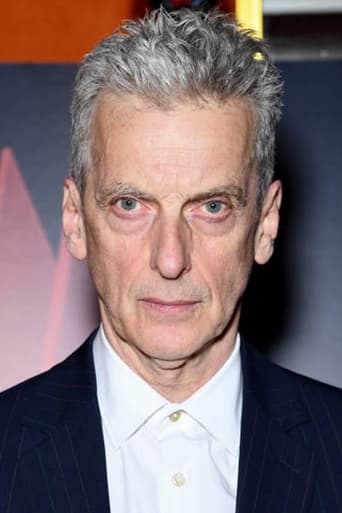 Peter Dougan Capaldi (born 14 April 1958) is a Scottish actor, writer and director. He portrayed the twelfth incarnation of the Doctor in Doctor Who and Malcolm Tucker the spin doctor in The Thick of It, for which he has received four British Academy Television Award nominations, winning Best Male Comedy Performance in 2010. When he reprised the role in In the Loop, Capaldi was honoured with several film critic award nominations for Best Supporting Actor. In 2012, Capaldi wrote (with Tony Roche), directed and performed in The Cricklewood Greats, an affectionate spoof documentary about a fictitious film studio, which tracks real developments and trends throughout the history of British cinema. Film roles include Oldsen in Local Hero, Angus Flint in Ken Russell's The Lair of the White Worm, and Mr Curry in Paddington and its sequel, Paddington 2. As a director, Capaldi won the Academy Award for Best Live Action Short Film and the BAFTA Award for Best Short Film for his short film Franz Kafka's It's a Wonderful Life. He went on to write and direct the drama film Strictly Sinatra and helmed two series of sitcom Getting On. Description above from the Wikipedia article Peter Capaldi, licensed under CC-BY-SA, full list of contributors on Wikipedia.