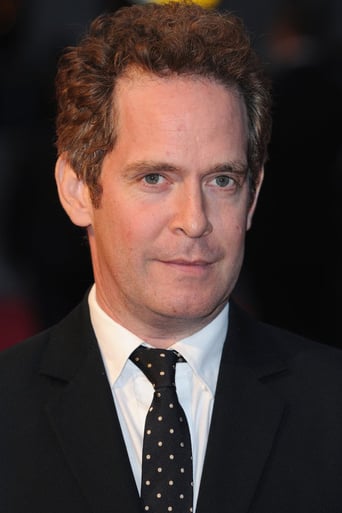 Thomas Anthony Hollander (born 25 August 1967) is an English actor. He began his career in theatre, winning the Ian Charleson Award in 1992 for his performance as Witwoud in The Way of the World at the Lyric Hammersmith Theatre. He is known for his role in About Time, and in films such as Pirates of the Caribbean, In the Loop and Bohemian Rhapsody and drama films such as Enigma, Pride & Prejudice, Gosford Park, and Hanna, additionally portraying George V in The Lost Prince and The King's Man. He co-wrote and played the lead role in the sitcom Rev., which won the British Academy Television Award for best sitcom in 2011. He also played the lead in the ITV's Doctor Thorne and won the BAFTA Television Award for Best Supporting Actor for his role as Major Lance "Corky" Corkoran in the BBC series The Night Manager. Description above from the Wikipedia article Tom Hollander, licensed under CC-BY-SA, full list of contributors on Wikipedia.