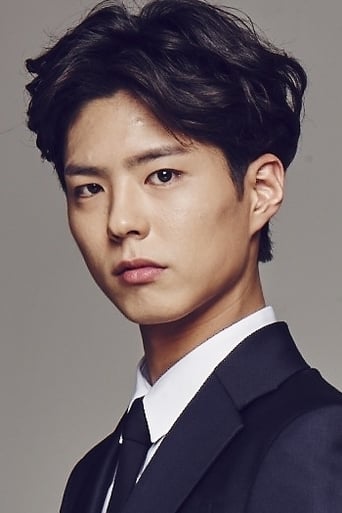 Park Bo-gum (Hangul: 박보검; born 16 June 1993) is a South Korean actor and singer. He gained recognition for his diverse range of roles in film and television, notably, a psychopathic lawyer in Hello Monster (2015), a genius Go player in Reply 1988 (2015–2016), a Joseon Crown Prince in Love in the Moonlight (2016), a free-spirited man who falls for an older woman in Encounter (2018), and a model who overcomes various hardships to become a successful actor in Record of Youth (2020). He is the youngest of three siblings. "Bo-gum" (寶劍) means 'precious sword'. His mother died when he was in fourth grade. He started learning to play the piano when he was in kindergarten and was a pianist and choir member at church. He was also in the swimming varsity team of Seoul Mokdong Middle School. During Park's sophomore year of high school, he sent a video of himself singing and playing the piano to prominent talent management agencies which led to several offers. Park, who initially wanted to be a singer-songwriter, later changed his career path after a suggestion that he would do well acting. He graduated from Shinmok High School in 2012, and enrolled at Myongji University as a Musical Theater undergraduate in March 2014. The following year, he represented his university's cultural overseas exchange program where he traveled to cities in England, France, Italy, and Switzerland.