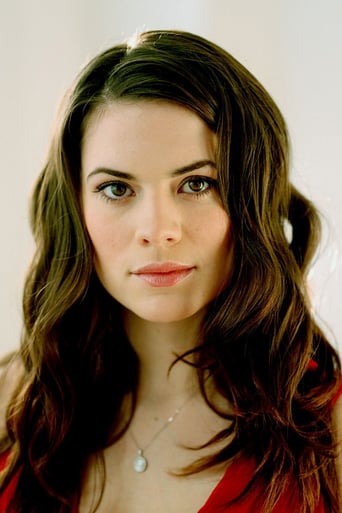 Hayley Elizabeth Atwell (born 5 April 1982) is a British and American actress. Born and raised in London, Atwell studied acting at the Guildhall School of Music and Drama, and made her stage debut in a 2005 production of James Kerr's translation of the Ancient Greek tragedy Prometheus Bound. She subsequently appeared in multiple West End productions and on television, and was recognised for her breakthrough role as Lady Elizabeth Foster in The Duchess (2008), for which she was nominated for a British Independent Film Award for Best Supporting Actress. Her leading performance in the miniseries The Pillars of the Earth (2010) earned her a nomination for the Golden Globe Award for Best Actress - Miniseries or Television Film. Atwell rose to international prominence with her portrayal of Agent Peggy Carter in the Marvel Cinematic Universe superhero film Captain America: The First Avenger (2011), a role she reprised in the short film Agent Carter (2013) and the 2015–2016 television series of the same name in addition to other films and live-action and animated series. She also had roles in the war drama Testament of Youth (2014), the romantic fantasy Cinderella (2015), and the fantasy comedy-drama Christopher Robin (2018). On the stage, Atwell has received Laurence Olivier Award nominations for Best Supporting Actress, for her role in A View from the Bridge (2010), and for Best Actress, for her leading performances in The Pride (2013) and Rosmersholm (2020). In 2020, Atwell began hosting the podcast series True Spies, which aims to give an insight into the world of espionage by asking listeners what they would do in real-life spy situations.