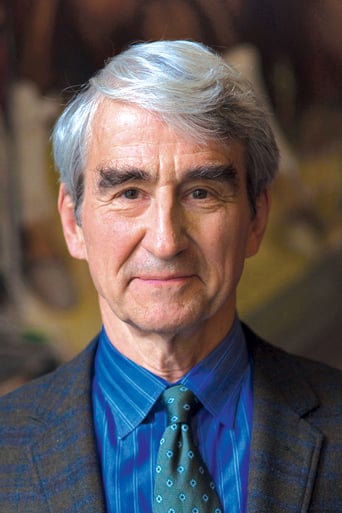 Samuel Atkinson "Sam" Waterston (born November 15, 1940) is an American actor and occasional producer and director. Among other roles, he is noted for his Academy Award-nominated portrayal of Sydney Schanberg in 1984's The Killing Fields, and his Golden Globe- and Screen Actors Guild Award-winning portrayal of Jack McCoy on the NBC television series Law & Order. He has been nominated for multiple Golden Globe-, Screen Actors Guild-, BAFTA- and Emmy Awards, having starred in over eighty film and television productions during his forty-five year career. Allmovie has characterised Waterston as having "cultivated a loyal following with his quietly charismatic, unfailingly solid performances." Description above from the Wikipedia article Sam Waterston, licensed under CC-BY-SA, full list of contributors on Wikipedia.