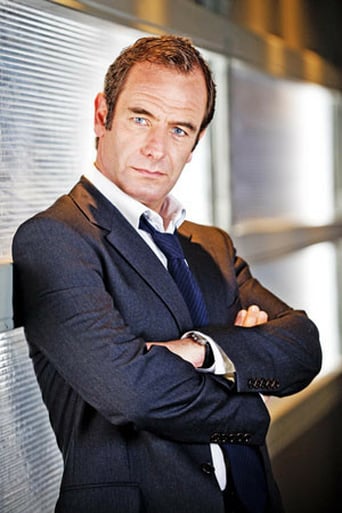 Robson Golightly Green is an English actor, angler, singer, songwriter, and presenter. His first major TV role was as hospital porter Jimmy Powell in BBC drama series Casualty in 1989. He then went on to portray Fusilier Dave Tucker in the ITV military drama series Soldier Soldier, between 1991 and 1995. Between 2002 and 2008 he played Dr. Tony Hill in the ITV crime drama series Wire in the Blood. As a TV presenter he has fronted shows such as Extreme Fishing, Extreme Fishing Challenge, and Tales from Northumberland. He currently plays Detective Inspector Geordie Keating on ITV's Grantchester. He was one half of the singing duo Robson & Jerome, who had several No. 1 singles in the 1990s.