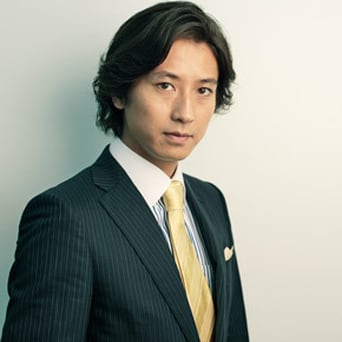 Shōsuke Tanihara  (born July 8, 1972 in in Yokohama, Kanagawa Prefecture) is a Japanese actor probably best known outside of Japan for his portrayal of Riki Fudoh in Fudoh: The New Generation. Tanihara hosts Tokyo Twenty-Four Living Supported by FLET’S Hikari, a podcast produced by TOKYO FM. The podcast began airing on 2006-01-07 with a guest appearance by the former Yokohama Bay Stars pitcher Takashi Saitō. He is married to Emi Miyake, who gave birth to their daughter in October 2007. He made the announcement at the 8th Best Formalist Award ceremony. Description above from the Wikipedia article Shōsuke Tanihara, licensed under CC-BY-SA, full list of contributors on Wikipedia