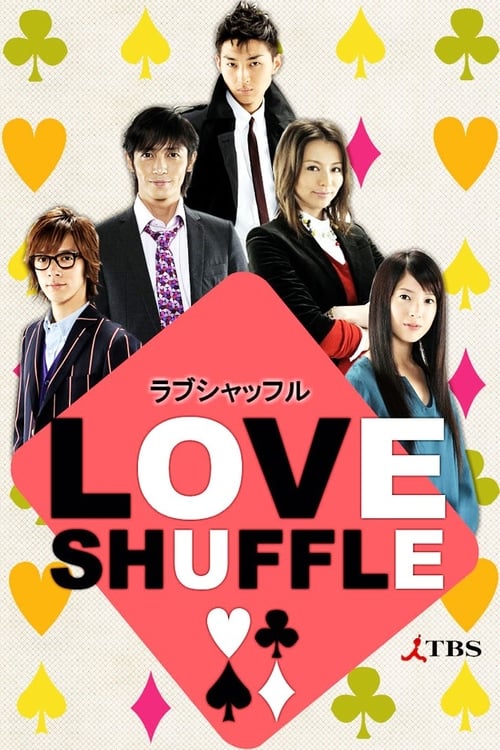 Love Shuffle is a Japanese television drama series that aired on TBS from 16 January to 20 March 2009. The theme song of the series is Fantasy by Earth, Wind &amp; Fire. Usami Kei is a salaryman who has risen in status due to his engagement with Mei, the wealthy daughter of his company's president. Shortly after she breaks off the engagement, a power failure leaves him stuck in the elevator of his apartment building. Trapped with him are three others living on the same floor - Airu, a trilingual interpreter, Ojiro, a model photographer, and Masato, a psychiatrist. While waiting, their conversation hits upon their love lives and the question of whether there is truly only one fated partner for everyone. As a result, they decide to try "shuffling" their relationships with each other. --Tokyograph